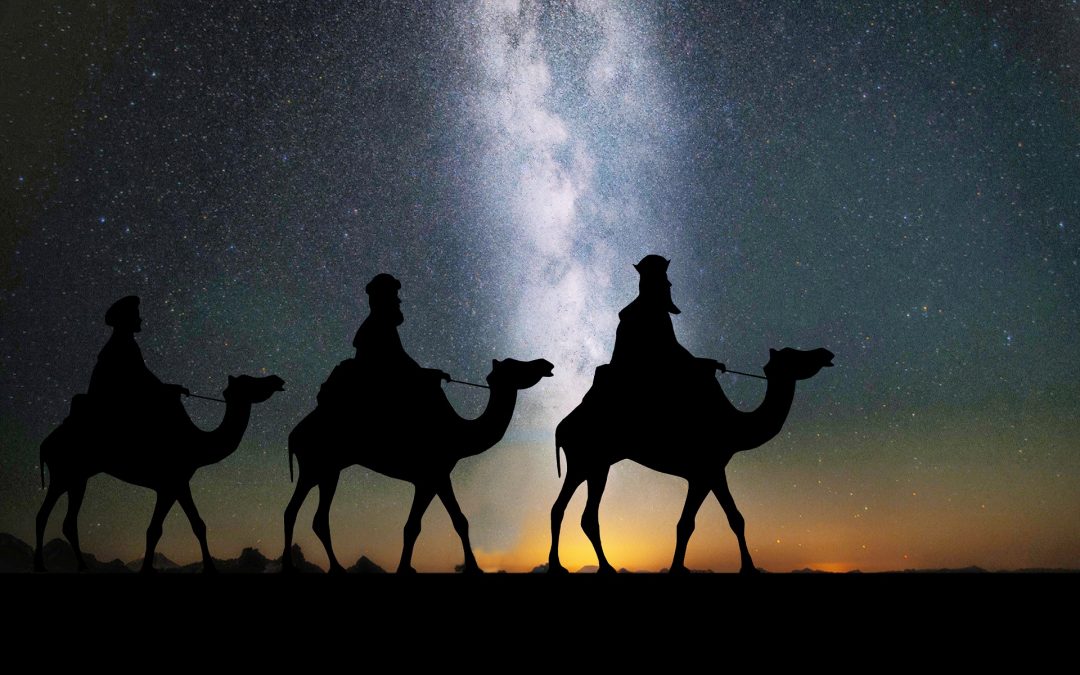 Every Nativity Scene ever sold has them. The Magi, or wise men, seem very familiar. They followed the Star from the East, went to Herod in Jerusalem, learned that the Messiah was to be born in Bethlehem, and found him in a house there. They presented gifts of gold, frankincense, and myrrh. They worshipped the baby and then returned home by a different route, in order to avoid King Herod.

Matthew 2:1-12 is the only place where we read of their visit to Judea. We do not know their names or their number. The fact that there were three gifts led to the tradition that there were three men. We have no reason to think they were three kings as the popular song goes. The word Orient simply means from the east, but we don’t know how far East. Their home may have been Persia, Babylon, Assyria, or Arabia. It is doubtful but not impossible that they could have come from as far as India or China. We never hear of them again after Matthew 2.

The word “Magi” indicates they were men of learning, familiar with astrology and various sacred texts. They read in Genesis 49:10 about the scepter of Judah and in Numbers 24:17 about the scepter and the star. Herod’s advisors informed them of the prophecy in Micah 5:2, concerning Bethlehem. The Greek word for star, “Aster,” can refer to any of the lights in the sky including planets, meteors, comets, etc. We do not know what the Magi saw, but its illumination was specific enough that they followed the star to a house.

The brevity, lack of detail, and mystery concerning these people leads to many creative traditions. But we can learn from them some sure and important truths. First, Jesus is the Son of God who fulfilled the Old Testament Scriptures by becoming man. He is the Savior not only for the Jewish people but also for Gentiles like the Magi. He was protected in his infancy and throughout his life to preserve him for the ultimate sacrifice he was to give on Calvary’s cross to pay for the sins of all people.