Lord Help Us Through the Waters

Lord Help Us Through the Waters

Grace mercy and peace from God our Father and from our Lord and Savior Jesus Christ.

Dear friends, the word of God for our meditation today is Exodus 14:10-31. It was the Old Testament reading and I won’t read it again. It’s the account of the Israelites crossing the Red Sea on their escape from Egypt.

I imagine that for most of us unless we’re really good swimmers, the thought of being trapped in the middle of a large body of water is a rather scary kind of thought. I remember back in high school I was aware of a young man who drowned. In seminary again I knew someone who drowned while swimming off one of the beaches in Australia. If you think about that I think the drowning would be one of the more scary ways to pass from this life. This last 24 hours Hurricane Harvey entered or came ashore on the coast of Texas bringing with it in some places over 30 inches of rain. At least that’s predicted as the hurricane stalls over south-central Texas. You can imagine how the creeks and rivers, and the streets, and every place else that can hold water is going to be flooded, and there will certainly be loss of life. We don’t really think about the power of rushing water until you see it in such a grandiose situation like the floods in Texas right now.

Water can be scary but we also know that water can be wonderful. Our bodies are made up of mostly water. All of us need to drink water almost every day unless we get it in other forms in our food and other kinds of drinks, but we need the water in order to survive. And there’s another way in which water is both scary as well as necessary, and that’s the water of baptism. If you think about it the water of baptism seems a little bit scary. Can you imagine being a little baby? Most of us don’t remember it, but when you’re a baby and there’s water being poured over your head that’s a little bit frightening I would imagine. If you are a Baptist and you’re baptized as an adult, and you remember that, then your whole body is immersed in the water. St. Paul says the that is a picture, no matter how the baptism is occurring is occurring, that is a picture of how our old Adam is to be drowned by repentance and contrition. That in its place a new man rises. The image of Christ that we wear as a robe of righteousness. So the water can be scary because it represents death but the water is also a refreshing water of life by which our sins are taken away. And our place in God’s family is secured.

An example of an ancient Egyptian chariot with a driver (unseen on the left) and a soldier who could fire arrows from the chariot. 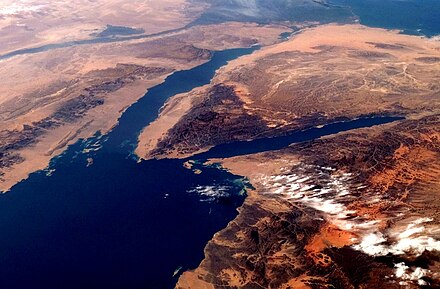 One day Jesus fed 5000+ people with a few loaves of bread two small fish. As Jesus sent the crowd a way he sent the disciples away to in a boat and he sent them into a storm. This was a terrible storm and the experienced fishermen that the disciples were, even they had trouble with the storm. They were afraid they were going to drown. Jesus just lets them go. While the disciples were straining at the oars to get to the other side, they saw a phantom looking figure and they were afraid, but when they looked closely and they heard his voice call out to them, they saw that it was Jesus. Jesus said to Peter, “come out here to me.” He invited Peter to walk through the water. Can you imagine how scary that would be? This choppy water with the wind and I don’t know if it was hurricane force, but it was scary enough. And yet for that moment, Peter was confident and he was filled with faith and he said yes Lord yes Jesus I will do anything you tell me to do. And he went out and the water supported his weight. Peter walked to Jesus but Peter’s immense faith started to fail he looked around. The gospel writer tells us that he saw the wind. He didn’t really see the wind. He saw the effects of the wind as the waves were making him bounce up and down. I suppose on the water and Peter became afraid. He forgot to look to Jesus alone and he looked to his own problem. And he thought he was going to drown and so he did begin to sink, but he called out called out to the right source of help. He said Lord save me and Jesus reached out his hand took Peter and helped him back into the boat.

God helps us to when we grumble or complain when we forget to keep our eyes focused on Jesus. When we get distracted by the problems of this life no matter what they are; from family, from school from work, from the community, or even imaginary problems of our own devising. When we take our eyes off of Jesus, we are reminded once again that Jesus is the only source for hope, and for safety, and for salvation, and for eternal life. Call out to him. Lord save me! Call out like the Israelites called out, “Lord help us!” Call out like the church through all of the ages has called out Lord, be with us sustain us keep us faithful to you and give us that crown of life that lasts into eternity. May the Lord keep each and every one of us focused on him. Focused on that cross. Focused on that empty tomb so that with our eyes drawn heavenward we can go through any of life’s difficulties with full confidence and with full speed ahead.

Consider it complete joy, my brothers, whenever you fall into various kinds of trials, because you know that the testing of your faith produces patient endurance. And let patient endurance finish its work, so that you may be mature and complete, not lacking anything. If any one of you lacks wisdom, let him ask God, who gives it to all without reservation and without finding fault, and it will be given to him. But let him ask in faith, without doubting, because the one who doubts is like a wave of the sea, blown and tossed by the wind. In fact, that person should not expect that he will receive anything from the Lord. He is a double-minded man, unstable in all his ways. Blessed is the man who endures a trial patiently, because when he has stood the test, he will receive the crown of life, which God promised to those who love him.

Now faith is being sure of what we hope for and certain of what we do not see.

Immediately Jesus urged the disciples to get into the boat and to go ahead of him to the other side, while he dismissed the crowd. After he had dismissed the crowd, he went up onto the mountain by himself to pray. When evening came, he was there alone. By then the boat was quite a distance from shore, being pounded by the waves because the wind was against it. In the fourth watch of the night, Jesus came toward them, walking on the sea. When the disciples saw him walking on the sea, they were terrified and cried out in fear, “It’s a ghost!” But Jesus spoke to them at once, saying, “Take heart! It is I! Do not be afraid.” Peter answered him and said, “Lord, if it is you, command me to come to you on the water.” Jesus said, “Come!” Peter stepped down from the boat, walked on the water, and went toward Jesus. But when he saw the strong wind, he was afraid. As he began to sink, he cried out, “Lord, save me!” Immediately Jesus stretched out his hand, took hold of him, and said to him, “You of little faith, why did you doubt?” When they got into the boat, the wind stopped. Those who were in the boat worshipped him, saying, “Truly you are the Son of God!”