“It Is Better That One Man Die for the People” 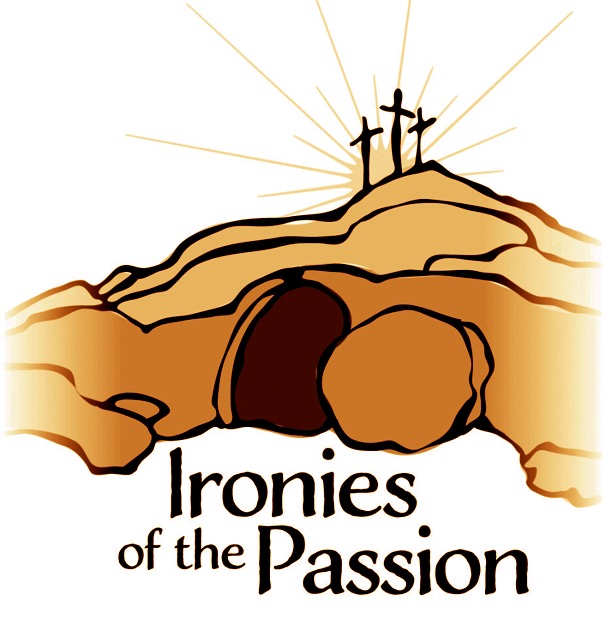 Therefore many of the Jews who had come to visit Mary, and had seen what Jesus did, believed in him. But some of them went to the Pharisees and told them what Jesus had done. Then the chief priests and the Pharisees called a meeting of the Sanhedrin.
“What are we accomplishing?” they asked. “Here is this man performing many signs. If we let him go on like this, everyone will believe in him, and then the Romans will come and take away both our temple and our nation.”
Then one of them, named Caiaphas, who was high priest that year, spoke up, “You know nothing at all! You do not realize that it is better for you that one man die for the people than that the whole nation perish.”
He did not say this on his own, but as high priest that year he prophesied that Jesus would die for the Jewish nation, and not only for that nation but also for the scattered children of God, to bring them together and make them one. So from that day on they plotted to take his life.

For our offenses are many in your sight, and our sins testify against us. Our offenses are ever with us, and we acknowledge our iniquities: rebellion and treachery against the Lord, turning our backs on our God, inciting revolt and oppression, uttering lies our hearts have conceived. So justice is driven back, and righteousness stands at a distance; truth has stumbled in the streets, honesty cannot enter. Truth is nowhere to be found, and whoever shuns evil becomes a prey. The Lord looked and was displeased that there was no justice. He saw that there was no one, he was appalled that there was no one to intervene; so his own arm achieved salvation for him, and his own righteousness sustained him. He put on righteousness as his breastplate, and the helmet of salvation on his head; he put on the garments of vengeance and wrapped himself in zeal as in a cloak. According to what they have done, so will he repay wrath to his enemies and retribution to his foes; he will repay the islands their due. From the west, people will fear the name of the Lord, and from the rising of the sun, they will revere his glory. For he will come like a pent- up flood that the breath of the Lord drives along. “The Redeemer will come to Zion, to those in Jacob who repent of their sins,” declares the Lord

We implore you on Christ’s behalf: Be reconciled to God. God made him who had no sin to be sin for us, so that in him we might become the righteousness of God. As God’s co- workers we urge you not to receive God’s grace in vain. For he says,
“In the time of my favor I heard you, and in the day of salvation I helped you.” I tell you, now is the time of God’s favor, now is the day of salvation.

VERSE OF THE DAY:

All we like sheep have gone astray, and the Lord has laid on him the iniquity of us all. By his wounds we are healed.

To some who were confident of their own righteousness and looked down on everyone else, Jesus told this parable: “Two men went up to the temple to pray, one a Pharisee and the other a tax collector. The Pharisee stood by himself and prayed:‘God, I thank you that I am not like other people—robbers, evildoers, adulterers—or even like this tax collector. I fast twice a week and give a tenth of all I get. ’
“But the tax collector stood at a distance. He would not even look up to heaven, but beat his breast and said, ‘God, have mercy on me, a sinner. ’
“I tell you that this man, rather than the other, went home justified before God. For all those who exalt themselves will be humbled, and those who humble themselves will be exalted.”