A Brave Young Man With A Heavy Burden 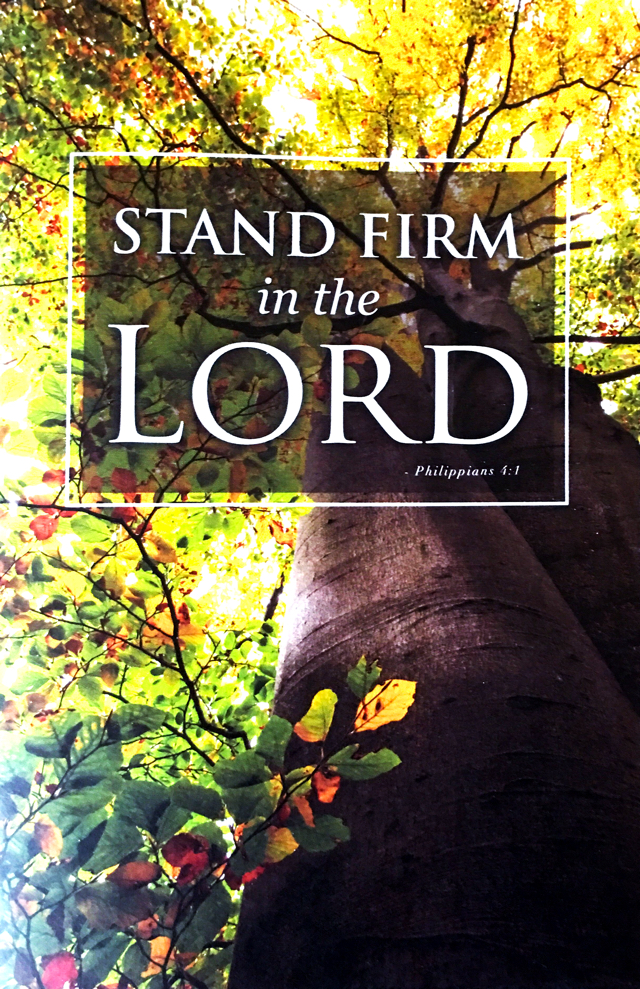 But as soon as Jeremiah finished telling all the people everything the LORD had commanded him to say, the priests, the prophets and all the people seized him and said, “You must die! Why do you prophesy in the LORD’s name that this house will be like Shiloh and this city will be desolate and deserted?” And all the people crowded around Jeremiah in the house of the LORD.
When the officials of Judah heard about these things, they went up from the royal palace to the house of the LORD and took their places at the entrance of the New Gate of the LORD’s house. Then the priests and the prophets said to the officials and all the people, “This man should be sentenced to death because he has prophesied against this city. You have heard it with your own ears!”
Then Jeremiah said to all the officials and all the people “The LORD sent me to prophesy against this house and this city all the things you have heard. Now reform your ways and your actions and obey the LORD your God. Then the LORD will relent and not bring the disaster he has pronounced against you. As for me, I am in your hands; do with me whatever you think is good and right. Be assured, however, that if you put me to death, you will bring the guilt of innocent blood on yourselves and on this city and on those who live in it, for in truth theLORD has sent me to you to speak all these words in your hearing.”

Join together in following my example, brothers and sisters, and just as you have us as a model, keep your eyes on those who live as we do. For, as I have often told you before and now tell you again even with tears, many live as enemies of the cross of Christ. Their destiny is destruction, their god is their stomach, and their glory is in their shame. Their mind is set on earthly things. But our citizenship is in heaven. And we eagerly await a Savior from there, the Lord Jesus Christ, who, by the power that enables him to bring everything under his control, will transform our lowly bodies so that they will be like his glorious body.
Therefore, my brothers and sisters, you whom I love and long for, my joy and crown, stand firm in the Lord in this way, dear friends!

VERSE OF THE DAY: Philippians 2:8b

Jesus humbled himself and became obedient to death, even death on a cross.

At that time some Pharisees came to Jesus and said to him, “Leave this place and go somewhere else. Herod wants to kill you.”
He replied, “Go tell that fox, ‘I will keep on driving out demons and healing people today and tomorrow, and on the third day I will reach my goal.’ In any case, I must press on today and tomorrow and the next day—for surely no prophet can die outside Jerusalem!
“Jerusalem, Jerusalem, you who kill the prophets and stone those sent to you, how often I have longed to gather your children together, as a hen gathers her chicks under her wings, and you were not willing. Look, your house is left to you desolate. I tell you, you will not see me again until you say, ‘Blessed is he who comes in the name of the Lord.’”