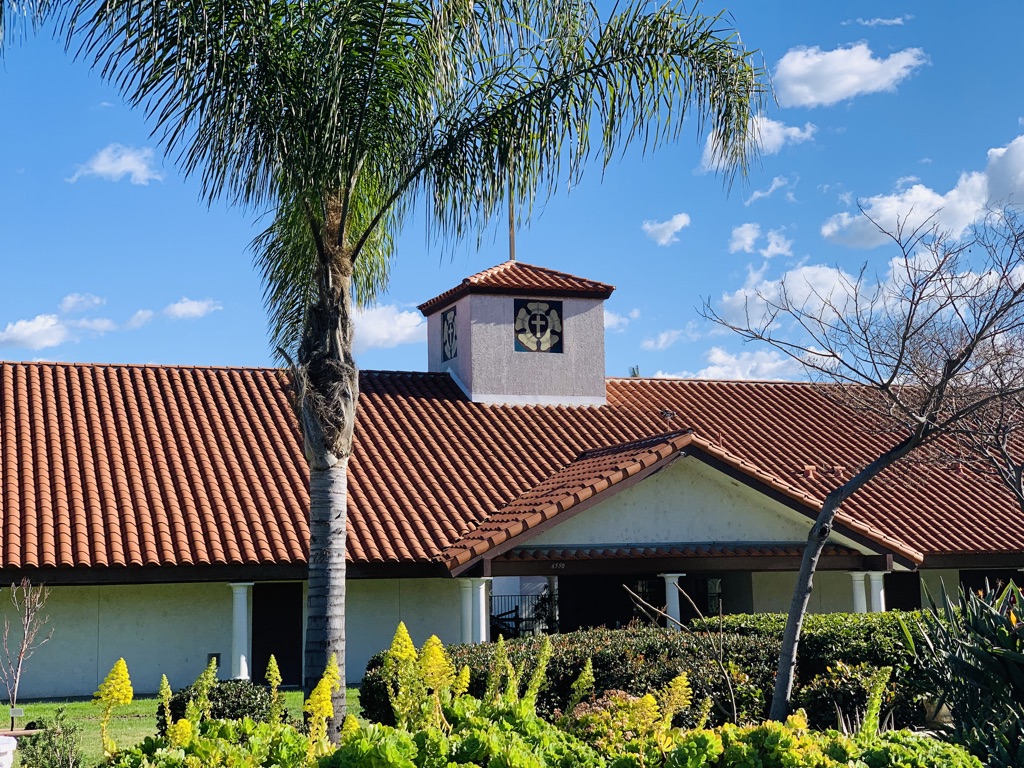 How To Find Us
Welcome To
Grace Lutheran
Church
Please join us for worship
online at your convenience
in person at 9:30 Sunday Mornings

On The Mountain – The Devil Is Defeated (Replay)*

For we do not have a high priest who is unable to empathize with our weaknesses, but we have one who has been tempted in every way, just as we are—yet he did not sin.

*Video contains audio of the Bible readings and sermon recorded on 3/1/2020. This is for this Sunday only. We will have new videos for the upcoming Lent service and beyond.

Now the serpent was more crafty than any of the wild animals the LORD God had made. He said to the woman, “Did God really say, ‘You must not eat from any tree in the garden’? The woman said to the serpent, “We may eat fruit from the trees in the garden, but God did say, ‘You must not eat fruit from the tree that is in the middle of the garden, and you must not touch it, or you will die.’ ”
“You will not surely die,” the serpent said to the woman. For God knows that when you eat of it your eyes will be opened, and you will be like God, knowing good and evil.”
When the woman saw that the fruit of the tree was good for food and pleasing to the eye, and also desirable for gaining wisdom, she took some and ate it. She also gave some to her husband, who was with her, and he ate it. Then the eyes of both of them were opened, and they realized they were naked; so they sewed fig leaves together and made coverings for themselves. Then the man and his wife heard the sound of the LORD God as he was walking in the garden in the cool of the day, and they hid from the LORD God among the trees of the garden. But the LORD God called to the man, “Where are you?”
He answered, “I heard you in the garden, and I was afraid because I was naked; so I hid.”
And he said, “Who told you that you were naked? Have you eaten from the tree that I commanded you not to eat from?”
The man said, “The woman you put here with me—she gave me some fruit from the tree, and I ate it.” Then the LORD God said to the woman, “What is this you have done?” The woman said, “The serpent deceived me, and I ate.”
So the LORD God said to the serpent, “Because you have done this, “Cursed are you above all the livestock and all the wild animals! You will crawl on your belly and you will eat dust all the days of your life.
And I will put enmity between you and the woman, and between your offspring and hers; he will crush your head, and you will strike his heel.”

Therefore, just as sin entered the world through one man, and death through sin, and in this way death came to all men, because all sinned — for before the law was given, sin was in the world.
But sin is not taken into account when there is no law. Nevertheless, death reigned from the time of Adam to the time of Moses, even over those who did not sin by breaking a command, as did Adam, who was a pattern of the one to come.
But the gift is not like the trespass. For if the many died by the trespass of the one man, how much more did God’s grace and the gift that came by the grace of the one man, Jesus Christ, overflow to the many! Again, the gift of God is not like the result of the one man’s sin: The judgment followed one sin and brought condemnation, but the gift followed many trespasses and brought justification. For if, by the trespass of the one man, death reigned through that one man, how much more will those who receive God’s abundant provision of grace and of the gift of righteousness reign in life through the one man, Jesus Christ.
Consequently, just as the result of one trespass was condemnation for all men, so also the result of one act of righteousness was justification that brings life for all men. For just as through the disobedience of the one man the many were made sinners, so also through the obedience of the one man the many will be made righteous.

For it is written: “Worship the Lord your God, and serve him only.”

Then Jesus was led by the Spirit into the desert to be tempted by the devil. After fasting forty days and forty nights, he was hungry. The tempter came to him and said, “If you are the Son of God, tell these stones to become bread.”
Jesus answered, “It is written: ‘Man does not live on bread alone, but on every word that comes from the mouth of God.’”
Then the devil took him to the holy city and had him stand on the highest point of the temple. “If you are the Son of God,” he said, “throw yourself down. For it is written: ‘He will command his angels concerning you, and they will lift you up in their hands, so that you will not strike your foot against a stone.’”
Jesus answered him, “It is also written: ‘Do not put the Lord your God to the test.’”
Again, the devil took him to a very high mountain and showed him all the kingdoms of the world and their splendor. “All this I will give you,” he said, “if you will bow down and worship me.”
Jesus said to him, “Away from me, Satan! For it is written: ‘Worship the Lord your God, and serve him only.’”
Then the devil left him, and angels came and attended him.